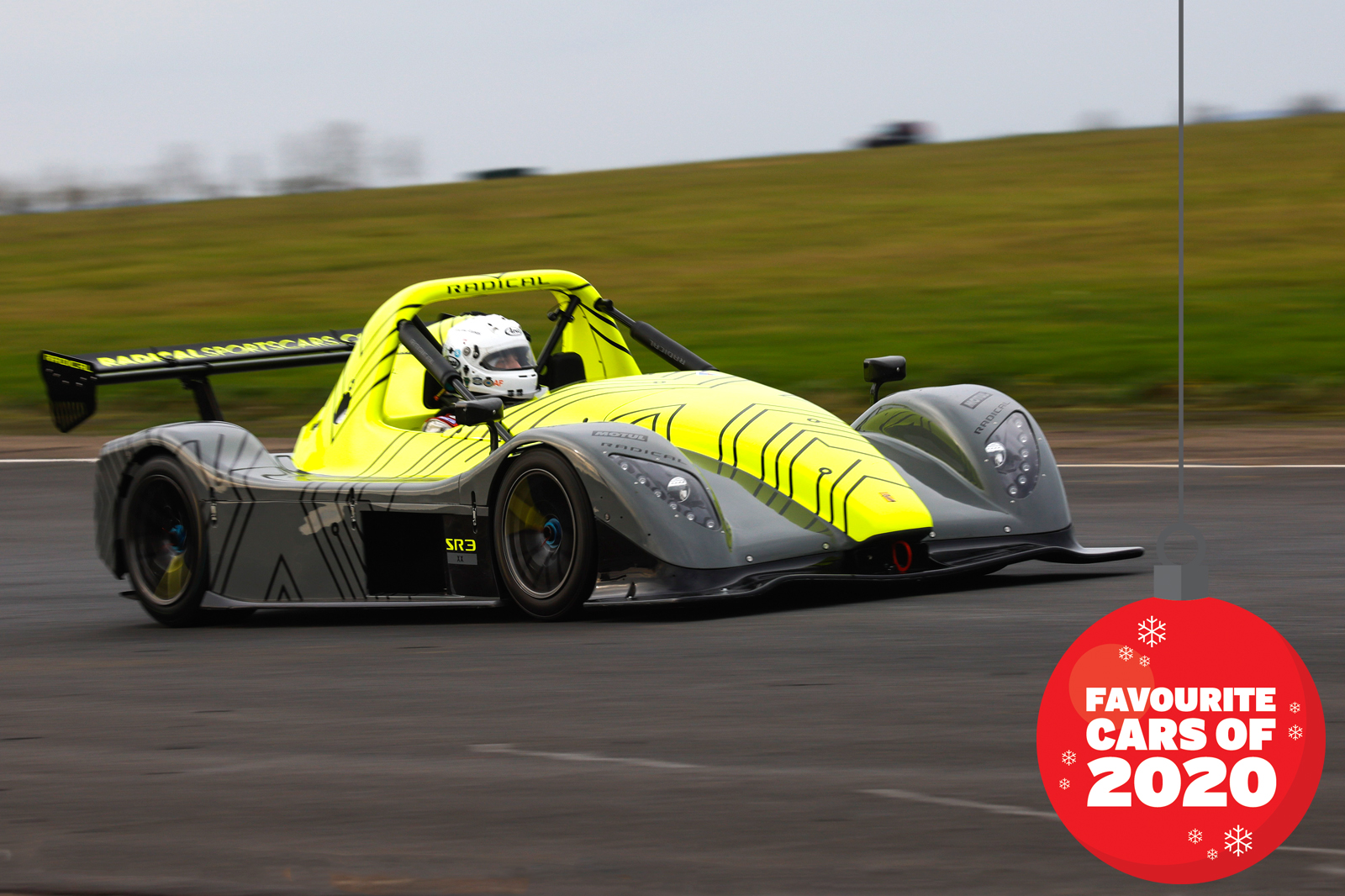 I’ve gone for a car I wasn’t even meant to be driving, and it’s a racing car, too. But bear with me.

I went to the Bedford Autodrome in late November to drive Radical’s new and powerful SR10 racer. But there, parked right next to it, was the cheaper, less powerful SR3XX, the latest version of the SR3, the car that has been Radical’s staple product for 20 years and must therefore at least have a claim to be the best-selling racing car in the world. And, yes, of course I could have a go.

The folk at Radical call the SR3 ‘the Goldilocks car’ because it has exactly the right amount of everything: power and mechanical and aerodynamic grip. It doesn’t matter how many extreme road cars you’ve driven or even racing cars derived from road cars: cars designed from the ground up to be racing cars are different. Completely different. Almost a different species. They act, react and interact with the driver in a way nothing designed with the myriad compromises inflicted on street machines can approach.

It’s not that it weighs just 620kg, or has 228bhp, because we can all name road cars that have even less of the first and even more of the second. It’s more about suspension with racing geometry and no rubber anywhere, race car ground clearance, race car spring rates, soft slick tyres and aerodynamics created with no need for homologation – and 20 years of development.

The car is a jewel, with a normally aspirated 1500cc engine flinging you to 10,000rpm and enough grip to corner at 2.3g, an entire force of gravity more than all but the most bonkers of road cars can manage. But it’s the balance of the car that lives on in the mind, the confidence it inspires and the ease with which it can be corrected, even at ludicrous speeds.

I love road cars and spend most of my life in them. But they can’t do that.