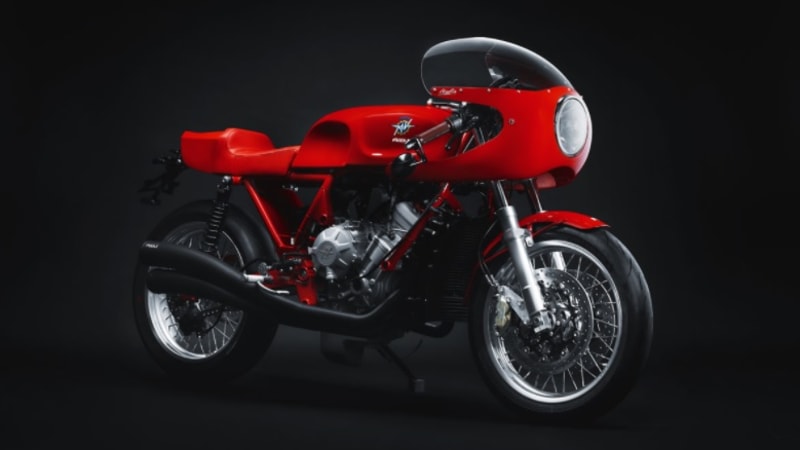 Italian bike maker Magni introduced a model named Italia 01/01 intended as a tribute to its founder, Arturo Magni, who died in 2015. It blends a retro-styled design with a condition-of-the-artwork motor from MV Agusta.

Magni established the corporation that bears his title in 1977 following doing the job for MV Agusta for 26 many years he notably ran its racing division. Fittingly, the Italia 01/01’s styling draws inspiration from basic MV Agusta race bikes with styling cues like a round headlight, an aerodynamic fairing that wraps all around the handlebars, and a quick tail.

Designers did not add panels to the base portion of the bicycle, to maintain the frame — which was designed in-home — and the engine exposed. Magni stated its founder most well-liked this search. He often pointed out that it “gave a sporty visual appearance to the bicycle even though leaving all the beauty of the engine’s mechanical structure obvious.”

Talking of the motor, the Italia 01/01 is driven by an 798cc 3-cylinder sourced from MV Agusta. Specifications haven’t been introduced, but the triple makes about 125 horsepower and 60 pound-ft of torque in its simple configuration. Brembo supplied the brakes, Oram intended the suspension, and the 18-inch wheels came from JoNich. Magni mentioned it worked with Italian suppliers to construct a bicycle named immediately after its household region.

Magni hasn’t discovered what is next for the Italia 01/01. We really don’t know if it truly is a 1-off design, or if it is really headed to production in the coming months. If it really is crafted, it will without doubt be readily available in strictly minimal figures. We’ve reached out to the company for additional details, and we’ll update this story if we understand extra.

MV Agusta explored the very same facet of its heritage as Magni when it unveiled the Superveloce 800 in 2018. Introduced as a principle, the bike went on sale with the very same 3-cylinder engine as the Italia in 2020.