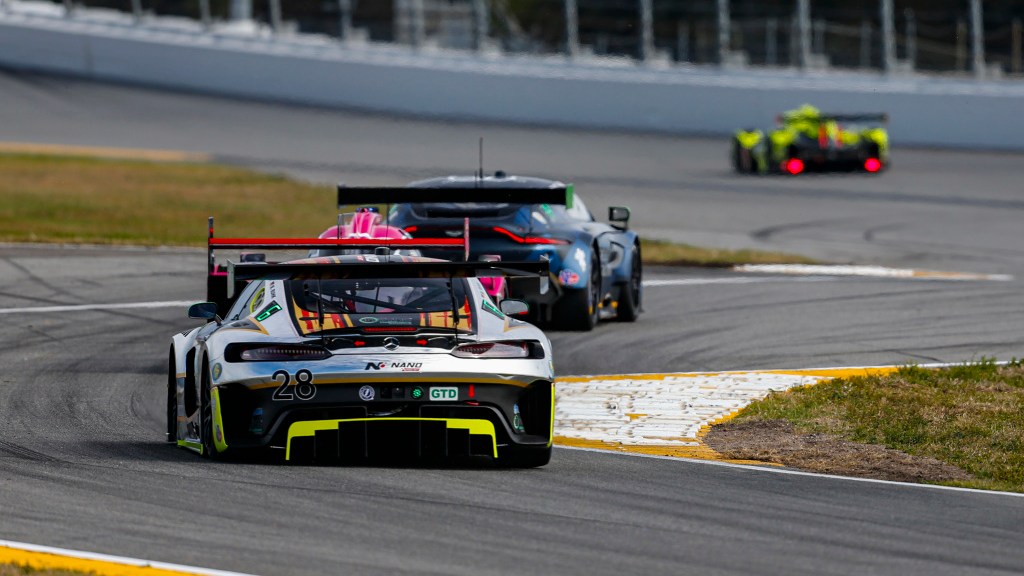 The 2021 season marks Marshall Pruett’s 35th year working in the sport. In his role today for RACER, Pruett covers open-wheel and sports car racing as a writer, reporter, photographer, and filmmaker. In his previous career, he served as a mechanic, engineer, and team manager in a variety of series, including IndyCar, IMSA, and World Challenge.

The good news is that Wright Motorsports’ Ryan Hardwick, who set pole in the GT Daytona class Saturday afternoon, has been evaluated (…)

Welcome to IMSA, Kevin Magnussen. Cadillac Chip Ganassi Racing’s newest driver took the No. 01 DPi-V.R to the fastest lap of the Roar (…)

VIDEO: Roar Before the 24 paddock tour with Bourdais

Sebastien Bourdais takes RACER for a tour of the IMSA paddock at the Roar Before The 24 on Saturday, and dives into the Corvette Racing (…)

UPDATE: Post-qualifying technical inspection found the pole-winning No. 31 Cadillac to be underweight, and as a result, (…)

VIDEO: Roar Before The 24 with Dixon and van der Zande

Platinum problems for Hand in hunt for new ride

Cadillac’s DPi-V.R has held the upper hand so far at the Roar Before The 24 as JDC-Miller Motorsports’ Tristan Vautier led the field (…)

Ferrari to run seven drivers next week, Sainz to debut

Ferrari will run seven different drivers during a test at its Fiorano circuit next week, with Carlos Sainz making his debut for the team. (…)

Classic Sports Racing Group members haven’t raced at Laguna Seca for about 20 years, but a new event on the club’s 2021 schedule will (…)