Tuesday, 30 November 2021
You are here: Home The Work of Architecture in the Age of Mechanical Reproduction 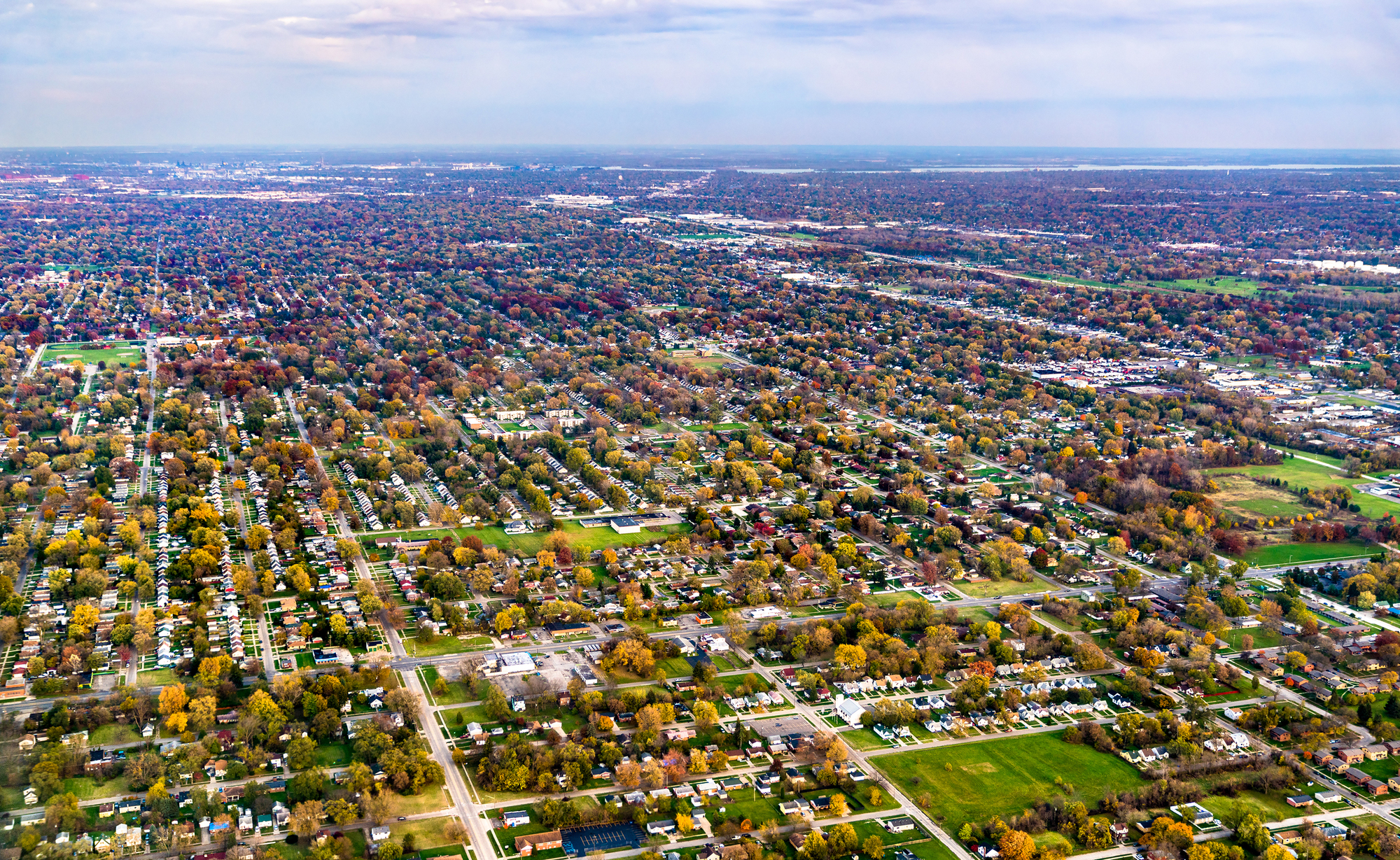 The Work of Architecture in the Age of Mechanical Reproduction

This article was originally published on Common Edge.

I attended graduate school, in geography, in Tucson, Arizona, United States, in the late 1990s. Tucson draws fame from a number of things, including its Mexican-American heritage, its chimichangas, its sky islands, and its abundant population of saguaro cacti.

Plenty of things about Tucson, though, are perfectly, achingly ordinary. Perhaps the most ordinary thing about Tucson led me to develop something halfway between a hobby and an academic pursuit. On occasion, whether for sport or research, friends and I used to go “sprawl-watching.” We were not exactly, say, Walter Benjamin strolling through the arcades, embracing the human pageantry of Paris. But we did our best to plumb Tucson’s depths.

Needless to say, sprawl-watching is not an action sport. It does not happen before one’s eyes the way trains pass (for trainspotters, to cite another essential ’90s reference) or planes land. And yet, there it was, bright as day, churning ever so slowly across the priceless desert habitat.

I grew up in a place that had once engaged in the action of sprawling but had solidified long before I came along. West Los Angeles of the 1970s and 1980s was, if not urban, at least built-out. But in the tract housing developments on Tucson’s outskirts, or whatever the outskirts were at the time, sprawl was indeed a verb.

Naturally, you don’t gobble up desert by the acre with anything resembling original architecture. The offenses of tract-home design have been cataloged prodigiously, and I won’t belabor them here. I’ll simply say that the uniformity dazzled me. A half-century after the heyday of Levittown, the business model was thriving.

If you spend any time around saguaro cacti, before long you can’t help but marvel at the conditions that enable a tiny seed to take root, bubble up into a pup, and climb slowly skyward. The process requires just the right conditions, and it yields mighty succulents that are each mighty in their own way. Like snowflakes and fingerprints, no two are alike.

We cannot say the same for their neighbors, the tract homes, with their identical floorplans, identical facades, and identical amenities.

As modernity advanced, mass-produced housing arrived relatively late. The British manufactured ceramics and textiles by the late 1700s. Carnegie’s furnaces were on full blast by the early 1900s, and Ford developed the assembly line soon thereafter. During World War II, Douglas and Lockheed produced fighter planes by the tens of thousands. Craftsmanship and artisanal skill had been on the wane for a long time. In fact, by 1936, not much was unique anymore.

That’s the year Walter Benjamin published “The Work of Art in the Age of Mechanical Reproduction.” I prefer the more literal translation of its title: “The Work of Art in the Age of Its Mechanical Reproducibility,” implying that art does not merely accompany mechanical reproduction but it is, in many ways, superseded and changed by mechanical reproduction. Benjamin argued that art— which is supposedly the apotheosis of uniqueness, originality, and human imaginativeness—was not merely a bystander in the industrial revolution, as the common title implies, but was, or could be, itself a product of technological production.

Even in the 1930s, it wasn’t hard to imagine that the same mechanical processes that were producing cars and phones and chemicals could be trained to produce art as well. Or, rather, reproduce it. Benjamin does not discount the importance of the artist in the creation of original work. But he implies that human mastery of chemistry and materials science, paired with the precision of the assembly line, could essentially produce copies indistinguishable from their originals and do so in limitless numbers.

Mechanical arms could create brushstrokes in oil to mimic those of Da Vinci and Van Gogh, while mechanical chisels would turn fresh blocks of marble into new Davids and Birds in Space. They would not be forgeries but rather true reproductions. Originals would retain their importance only through their “auras”—that ineffable contact with their respective creators, however arbitrary and immaterial that connection may be.

Benjamin probably overstepped. Even today, the originality of artwork—its imperfectness—provides one of our few steadfast links to our own humanity, even as technology eclipses anything Benjamin could have imagined. And yet, his thesis remains haunting, nihilistic, even: what if the mechanical can obliterate the artistic?

This question vexed me from the moment I read Benjamin as an undergraduate all the way up to the moment I visited my first Tucson tract home development. There, in the most unassuming, offensive landscape, I discovered that architecture may yet preserve our sense of humanity.

What struck me then as I strolled those expectant streets (possibly in ways that the residents never will) was that, for all the sameness of the homes, each one retained an essential uniqueness. Those developments, like most such developments, offered a few designs, each with lame, disembodied names like “The Nantucket” or whatever. They weren’t so many designs as they were collections of amenities and necessities united under roofs. And yet, each occupied its own special, if not necessarily distinctive, plot of desert.

Sure, machines can reproduce structures. But architecture is more than just structures. The one and only thing that we cannot reproduce, be it in a chugging factory a humming 3D printer, or a laboratory staffed by autodidactic nanobots, is landscape. I say “landscape” deliberately. We can absolutely produce and reproduce land. Many cities sit on landfill of some sort, from the Battery to the Bay Bay to Murano Island and The Palm Jumeirah. But, what every piece of land can claim—whether created by man or plate tectonics—is its uniqueness. We have one Earth, and every piece of it differs from every other piece. The totality of architecture encompasses structures, setting, relationships, uses, and even ideas that, in combination, create a landscape.

Let’s consider obvious exemplars: the Golden Gate Bridge, the Sydney Opera House, the monasteries of Tibet, the five-star bungalows of Tahiti, the Houses of Parliament, the Getty Center, Notre Dame, and the Casa Malaparte, and, yes, the Guggenheim Bilbao. (Esoteric though they may be, let’s also add works of land art, like Spiral Jetty and The Lightning Field.) A great many architectural masterpieces owe their acclaim not just to their design—the part that lives on paper and could be constructed almost anywhere, but from their relationship with the land. Each of these structures looks the way it does because of its site and situation; from inside, they each look upon different views and, therefore, are capable of inspiring their own unique versions of awe. It’s in these landscapes where humanism, if not humanity itself, may make its last stand.

My own home is not a masterpiece because it enjoys a slightly different view and slightly different elevation from the one across the street. But the uniqueness of landscape ensures that architecture can be unique. And, just as Benjamin’s point about reproducibility was subtle yet powerful, so is the importance of landscape.

Benjamin was a weird one. On the one hand, he celebrated the extreme humanity of the city and the elemental activity of walking. On the other hand, he helped usher in not just the modern age—characterized by mechanical production—but indeed the postmodern age, characterized by reproduction and simulacrum. As intellectually interesting as postmodern ideas may be, they remain distressing. Nothing is special when everything is fake. Taken to its extreme, postmodernism presages the day when artificial intelligence does all our work for us and when no human relationship is unmediated by technology.

That’s why I take solace in special places and un-special places alike. And it’s why I put a degree of faith in architecture, even when so many other human endeavors have slid into banality and self-reference. Of course, not every architect can, or should, be another Utzon or Meier. The world will always need far more workaday structures than it does masterpieces. The more we must strain to see our auras amid the banality of postmodern life, the more we may need to tighten our grip on the incredible places humanity has created.

Nearly two decades later, I hope that plenty of happy families are living in those Nantuckets and Saratogas and whatevers. By now, many have raised children and perhaps sent them off to graduate school. They may or may not appreciate their unique places in the world. Indeed, placelessness is more prevalent than we ever could have imagined, with so much of life taking place online and in the cloud. But, while deserts sands may shift and buildings may topple, the fundamental facts of the land persist.